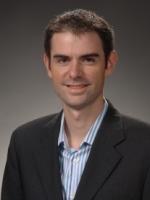 Frederic de Vaulx is Vice President of Prometheus Computing where he helps develop the vision, innovation and strategy of the company. He is also a Senior Software Engineer and Program Manager overseeing the design, architecture and development of custom software applications for Prometheus’ federal and commercial clients.